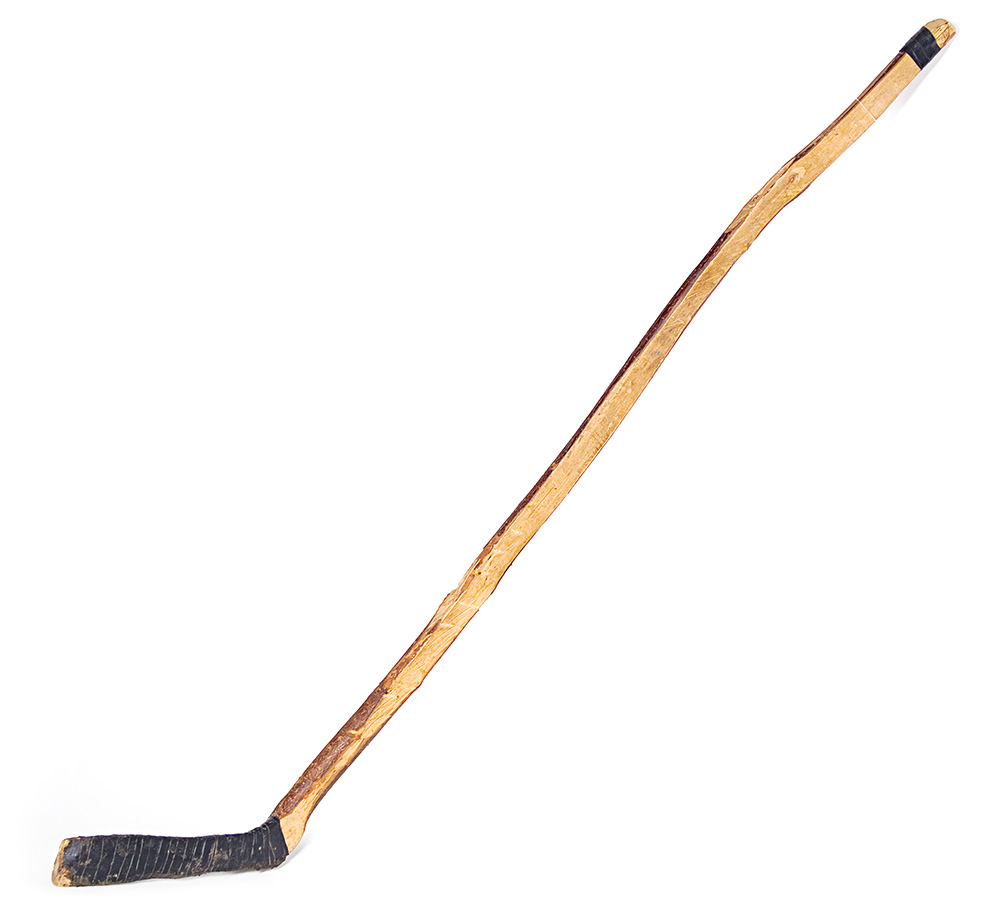 by Ivan Sokolov
found in Nikola-Lenivets village, in 1975

dimensions: 150x12x29 cm
weight: 3 kg
— You know how long ago? I was still studying in the vocational institute then. It was, oh shit, back sometime in the fucking seventies. There was a pond here then, but now it's small. It got overgrown. But back then it was an OK pond; we played hockey on it. So, I came here on my holidays when I was studying there. So, I thought, what the fuck could you make it from, so that it was good enough? You go into the forest, and look for something to carve it out of. So I found this bird-cherry tree and carved it from that hard bastard. It was a great fucking piece of wood, and I (...) yeah, from bird cherry. It's a tough tree, a hard motherfucker… I would batter the puck with it and boom, it would fly right the fuck away. I had only changed the insulating tape on it once or twice, and that's it. There's probably even some of the old tape left on it. But then I got married and all that happy horseshit, went into the army, and didn't have any time anymore (...) It's almost 30 years old. I made it in fall, just before the pond froze over. Before, a few guys, a bit younger than me, used to ride out to visit me on the weekends and on holidays. And some guys from Koltsovo used to come round (...) we'd take each other on – three against three. Shit, I sometimes used to bring pucks from Kaluga, where I used to study. You know they were around back then, for sale, but who's gonna buy a fucking stick? Usually they were homemade, but they were plywood pieces of shit. You'd give the puck one good fucking bash and it'd fall apart. Is it even a goddamn hockey stick if you play with it once and it turns into a piece of shit? We used to bust our asses bashing the puck around from morning to evening. We'd do that shit for a ruble, motherfucker. Everyone'd put in a ruble and you'd put on your skates and you'd bring a ruble or two with you and it was team against team. Three periods of 20 minutes each. If you lost, that was all, sad fuckers. But win or lose after we were done we'd send someone to go get some booze, get a case of some shit and we'd all get piss drunk... Ha ha ha. 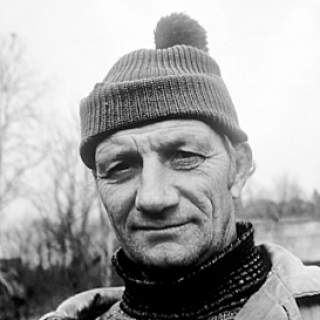