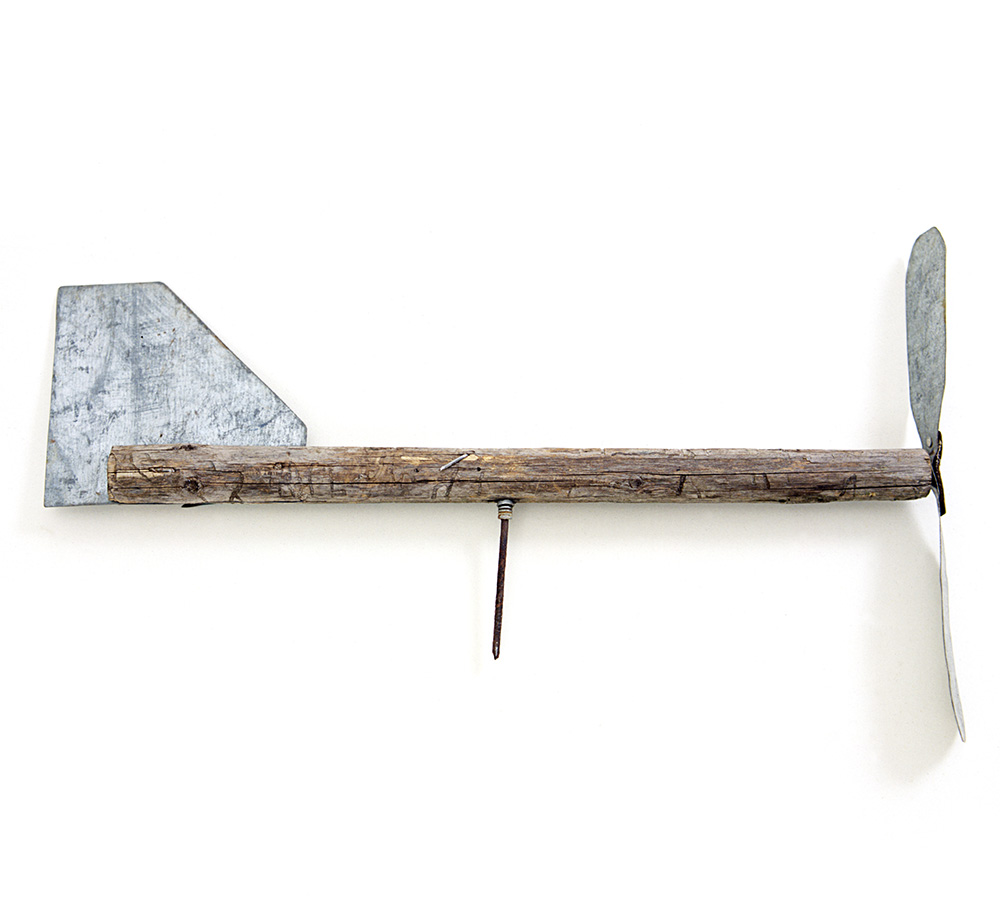 by Sergey Yeryomkin
found in Ryazan region, Stolptsi village, in 1992

dimensions: 16x33x4 cm
weight: 0.4 kg
— Basically, this was made to determine the direction of the wind. Well, it's made from iron. But the main part here is wood. The spinning part has leather attached to it to stop it from getting scuffed up. And also there's a tail to catch the wind and show its direction. You basically need to put it somewhere high up, somewhere where there's nothing to get in its way. There's a nail hammered into the axle and wire fastened onto it so that it turns better, without as much friction. I made it with a friend in 1994. Making it was very interesting for us. We saw that our neighbor had one, and we were inspired to make our own. It took us a long time but we kept at it. Eventually we finished and put it up. It had been there a year when some bad people took it down and dumped it somewhere. But in the end we found it, did some more work on it, and here it is now in, you might say, good condition and finally complete. 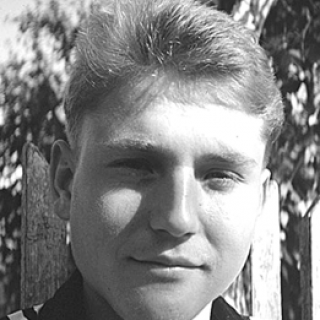