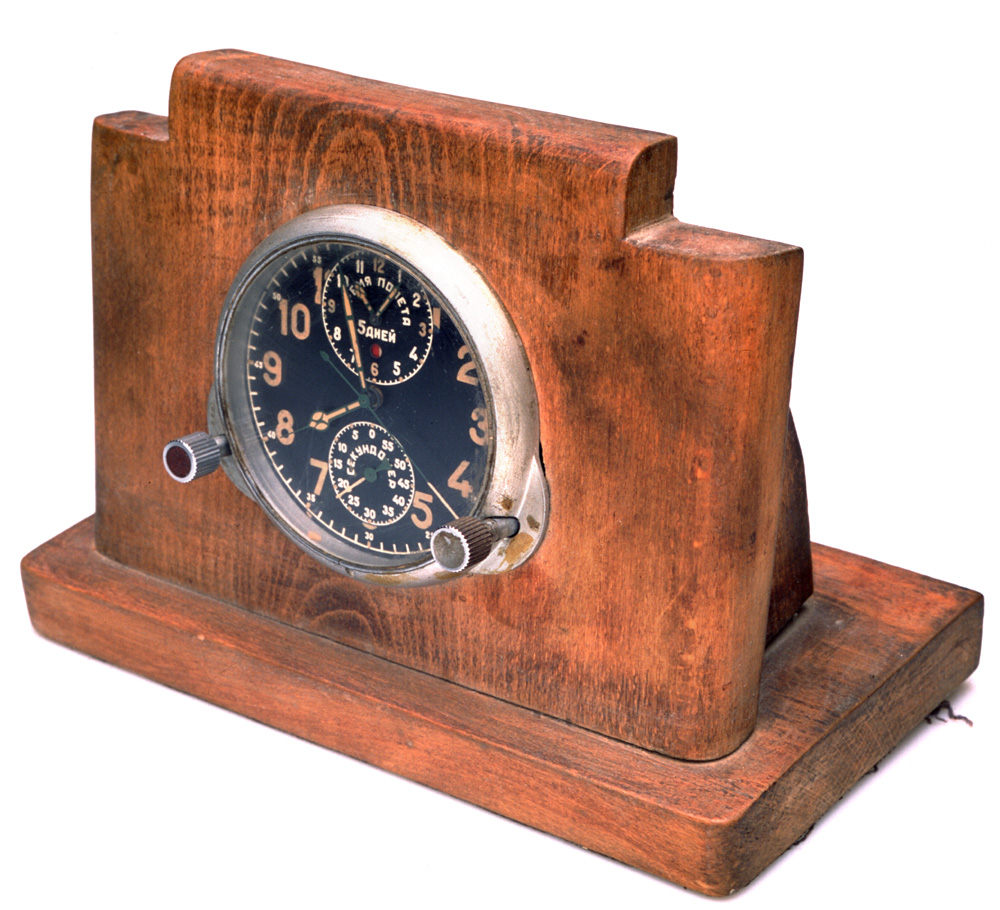 by Yefim Liberman
found in Armavir, in 1946

dimensions: 20x15x11 cm
weight: 1 kg
— This is what was left to me by my relatives, by my grandfather, my mother's stepfather, who was a fighter pilot during the war. And this was, it seems, some kind of souvenir of his time as a pilot, some kind of pilot's clock. Probably the clock was just taken from a military plane, and the wooden, I guess, body was made around it. (…) Here you can find out the flight time, and here it seems you can count days, up to five. That's for the longest flights, I guess. It also glows in the dark, this clock. Well, here's the lower panel, which has a piece of flannel thoughtfully glued to it so as not to scratch the furniture. And the front panel is attached to that, and then in the back it has these supports here — it's inclined a bit and is stabilized with these supports, propped up from the back with these brackets that aren't really brackets – wooden bits. Then all this is attached to the lower, um, wooden plank. So I mean, it's a simple device, with no frills, utilitarian. The only beautiful part are these carved corners here on the front panel… and that's it, that's the design they were given(...) I think it's from the end of the 40s when he had already left the army. (…) He was, at the beginning of the war, or in '42 or '43, something like that, an instructor in the Armavir flying school, and as far as I know, they lived there in Armavir for a while after the evacuation, that is, my mum and my granny lived there for some time too. That was, I guess, about '46, '47 (...) After that I doubt they could have come across such a thing. (...) Not likely, anyway So more than likely this is a kind of farewell souvenir from his time in the military, from that military city. That kind of thing. 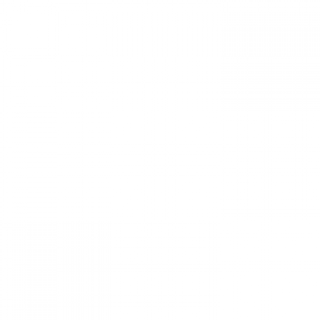