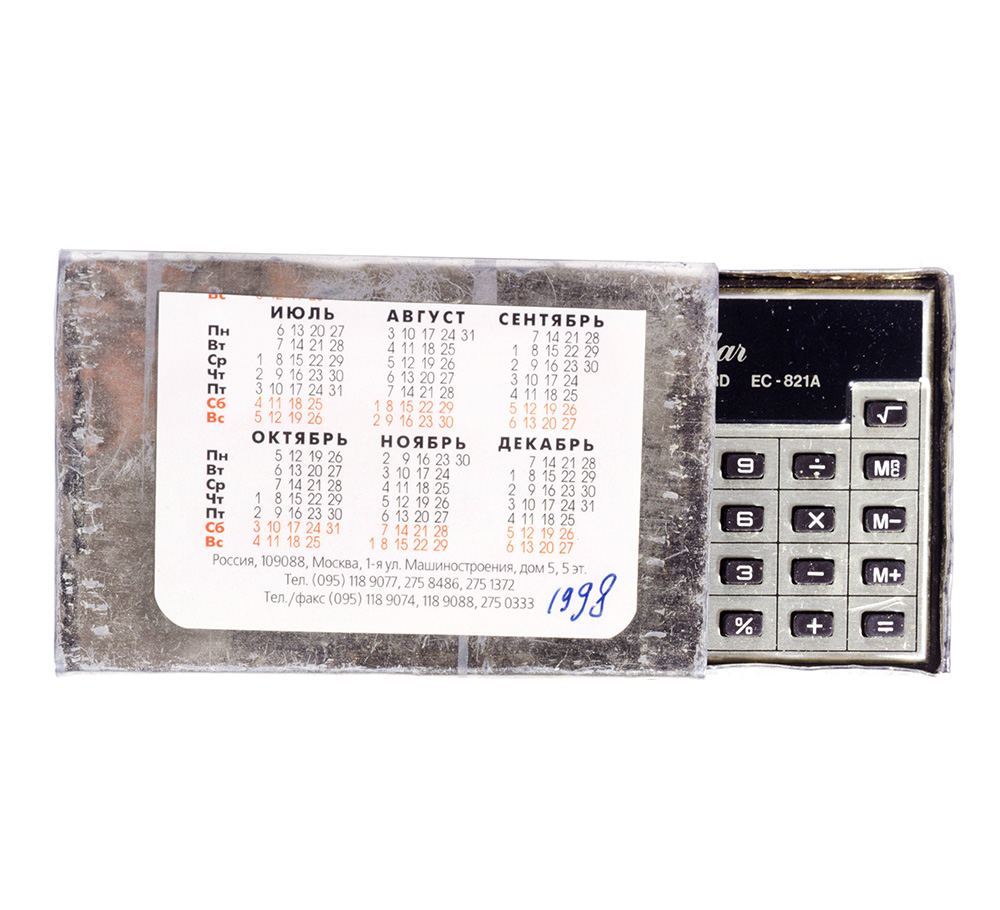 by Andrei Drozdov
found in Moscow, in 1991

dimensions: 5x7x1 cm
weight: 0.02 kg
— This old thing is called a calculator. Of course I didn't make the calculator. This is just a regular Chinese calculator; I paid a dollar for it. But this box is made of iron. I made it in my student days, when a calculator you bought for a dollar was a valuable thing. But they were disposable; you couldn't change the batteries. And that was the reason why such heavy iron boxes for them began to appear. They stopped the buttons from getting pressed accidentally and turning the calculator on. So that's all this is for. And you know, my calculator is still running on those same batteries today. It was a long time ago when I was studying at the university, about 1990 probably. Oh no… you know, it was 1991. That's right. When my wife was in university. It's her calculator. This metal is from a can that held canned food. I don't know what was in it — sprats in tomato sauce or something. I don't remember exactly. It was a can with a paper label, which was good because we could peel the paper off — I used a screwdriver — and it would look better. The coolest thing though was that the edges are bent in under themselves, so you can't cut yourself on it. I've known for a long time how to work with metal. I probably cut it with scissors. Regular scissors will work on tin, I know. And then I flattened them down with pliers on an anvil so that they were flat and didn't lose the shape I made. The anvil was a very small one like they sold then. But it wasn't my anvil. It was my father-in-law's. The hammer was his as well. 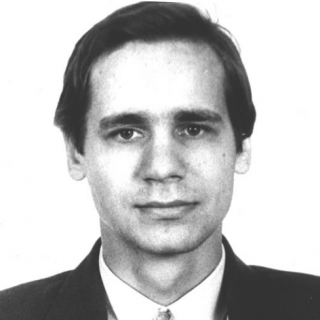