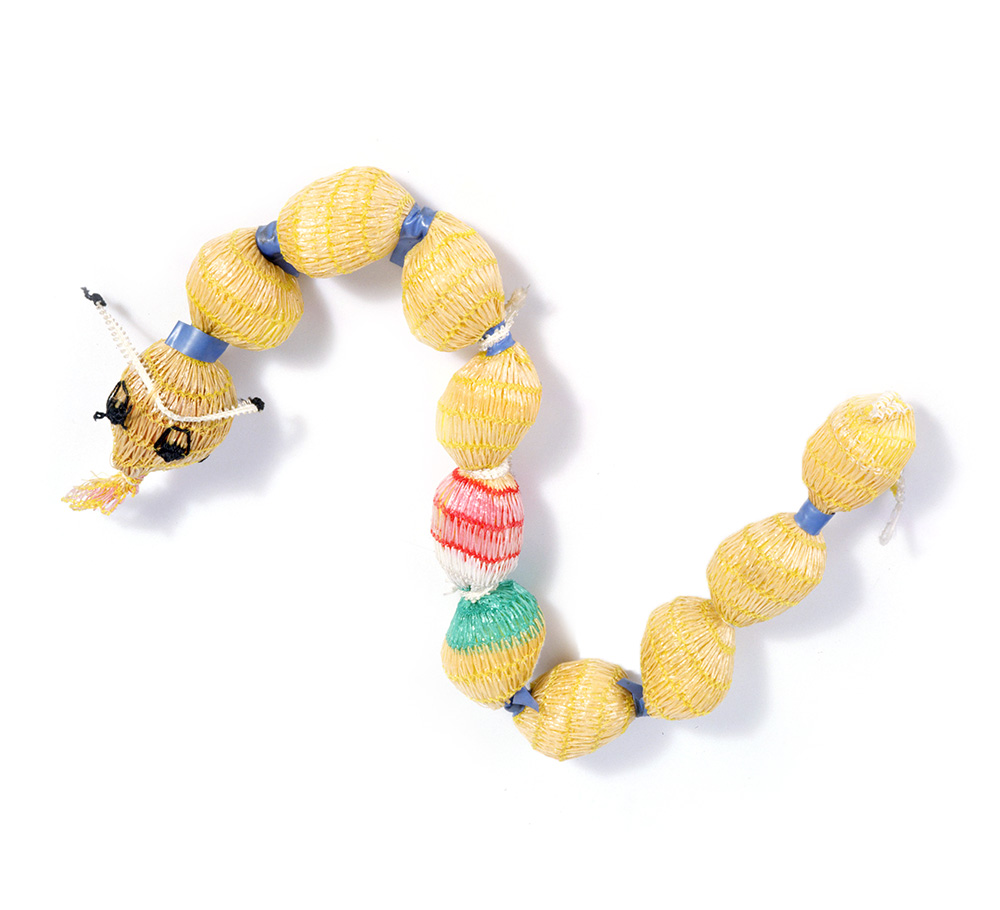 by Elena Mnatsakanova
found in Moscow, in 1989

dimensions: 6x26x5 cm
weight: 0.06 kg
— This doll… my sister loved to sew all kinds of dolls, she sewed fawns, bears, an elephant, a flowered elephant – it was a really beautiful flower elephant. But this one is completely different. Made from a bunch of of Kinder Surprise eggs. I ate them and my sister made this. Oh yeah, she probably got the idea from a snake, a sewn snake made from a tie. The tie was silky and its texture was strange, like scales. Well, this snake had huge jaws and it was really long and stuffed with some kind of cotton. So it probably came from there. Why she used a net bag or where the net bag came from – from potatoes, carrots, beets – I don't know. I haven't got a clue. Probably... ah, right… yeah, it probably was when my sister had already made something of herself, when she had become an adult, already finished studying at university. And so she didn't have much time to make intricate toys. So she made this…I'm not sure what to call it. She has an almost pathological love for toys; she makes them just for fun. But it was done very quickly because she didn't have much time. She put dried peas in there, and they rattle around. Then she gave it to me as a gift for some reason. It was after university, so about eighty-five, six, or seven. 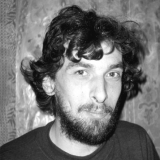