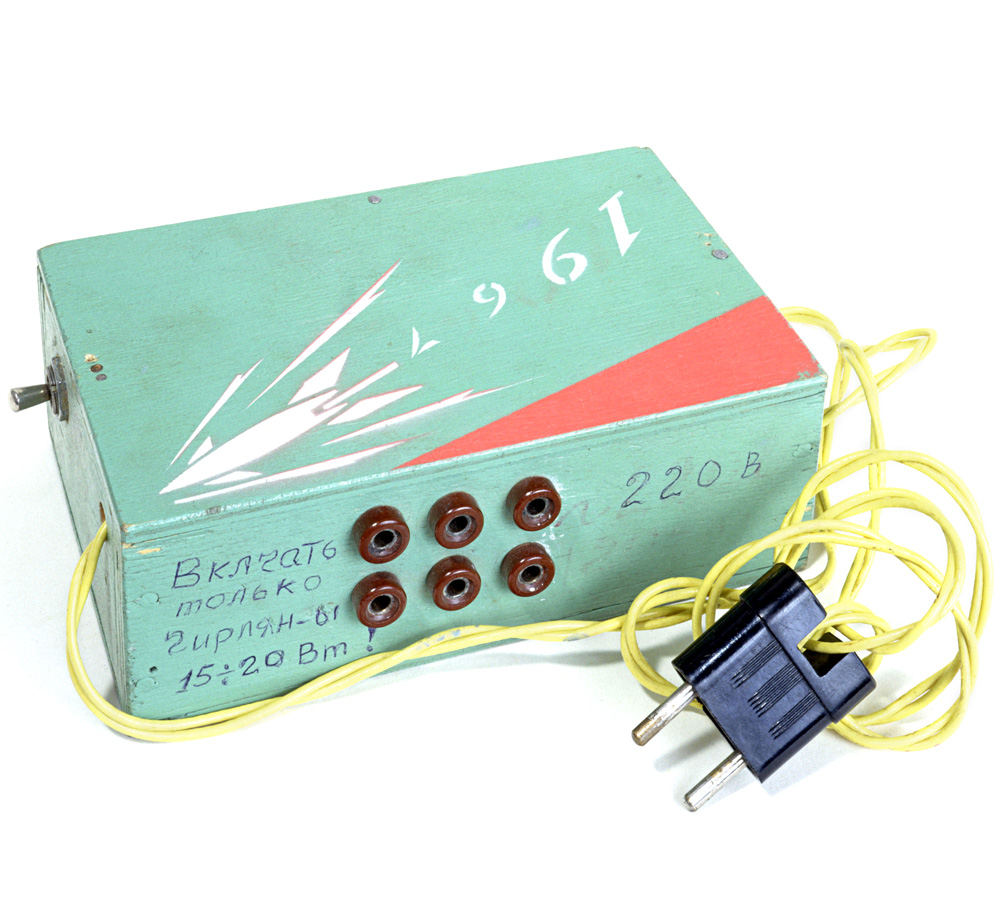 by Vasilii Arkhipov
found in Kolomna, in 1993

dimensions: 10x20x16 cm
weight: 0.9 kg
— We made this for New Year's. The New Year, 1967, was approaching, and we made wooden boxes – we created a blinking pattern for the Christmas tree lights. It controlled one, two, three strands. We even wrote it here "Turn on lights – 15–20 watts." They couldn't take any more power. We had such small bulbs. We made the strings of lights ourselves. We painted the lights with polish – red, green, yellow (...) We developed a pattern and made the lights twinkle. One set had one interval and another had a different one. Each had its own pattern, its own cluster. But we had to put them somewhere. We made wooden boxes by gluing plywood together and then decorated them. I was good at that kind of thing so I did it. Whoever else could probably did it as well. Of course it had to be safe — there were 220 volts going it through it. It had to be closed, protected. But we didn't use much power since the wood could catch fire at high voltages (...) There weren't any lights like this in the shops at that point — they didn't blink. We wanted lights that blinked. Every light blinked in its own color. It was prettier that way. When the lights twinkle — on-off, on-off — it makes the tree more interesting (...) We also made a stencil for writing (...) At work there were lots of bosses, managers, those type of people — we made lights for all of them. We made them at work, during work time. And I made this switch block for Christmas lights for myself. There was a relay on every set of lights. 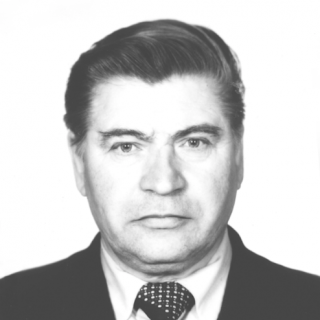