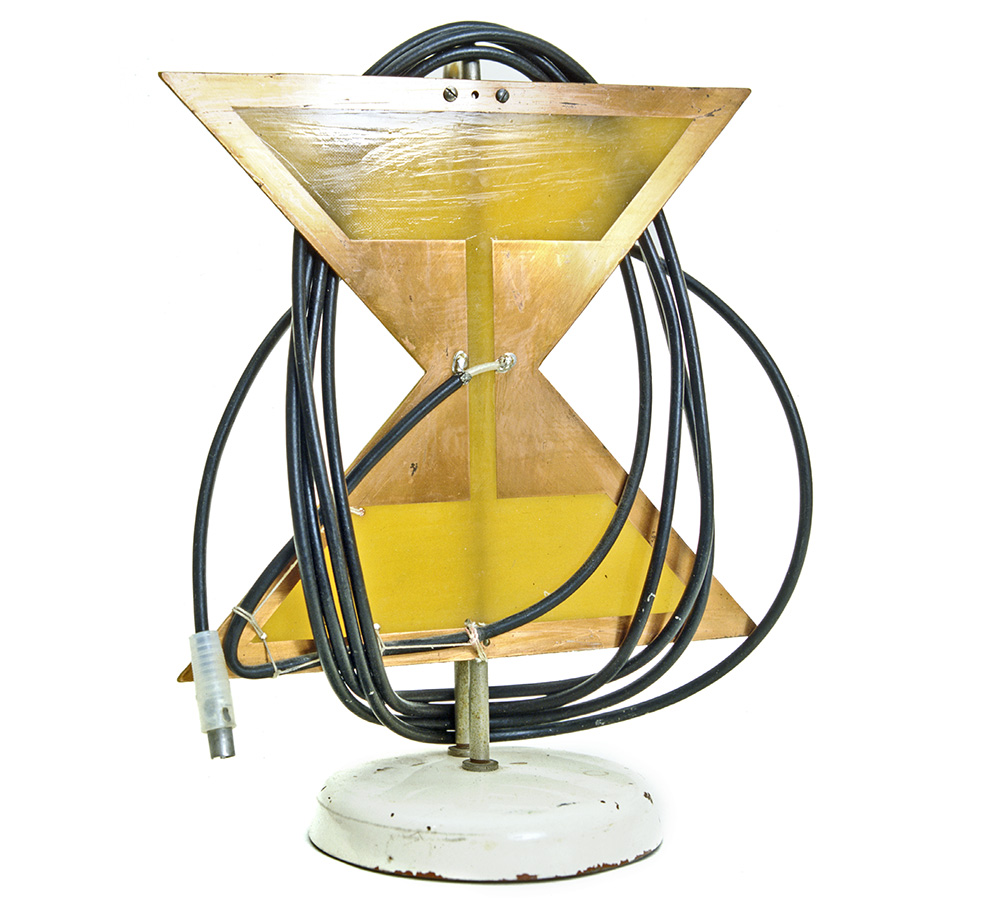 by Aleksandr Tarasov
found in Ramenskoye, in 1980

dimensions: 31x23x16 cm
weight: 1 kg
— This is a television antenna for Channel 33, which from 1978 to 1980 was broadcast in Leningrad. There weren't any antennas for sale and the magazine Radio published some designs for antennas. This antenna was made from a sketch from there. And how did I do it? (...) Instead of cutting it out of a sheet of metal I took a piece of fiberglass laminate. It's plastic with aluminum foil glued onto one side. And a I cut a track out from foil according to the dimensions published in Radio. For the base I used a base from a table lamp – I had to fix it to something (...) There's nothing that miraculous in this. I was more amazed by V.V. Arkhipov who saw something in it. I consider it to be a very simple solution, made in my free time simply to serve a purpose. The signal from the antenna is received through (…) this cable and is then sent to the TV. The cable has to be able to work with the parts of the antenna in order to effectively transmit the signal coming from it. In addition, this cable has to go around the perimeter of the antenna so that the wave resistance at the point connecting cable to the antenna matches the "line". Well, here was the hard part, I suppose. How do you attach this cable around the antenna? I drilled some holes around the edges, put thread into them, and then with a method they use in radio electronic equipment tied it on. That's how they bind sausages (...) It reminds people of different things – a cable harness, a sausage. 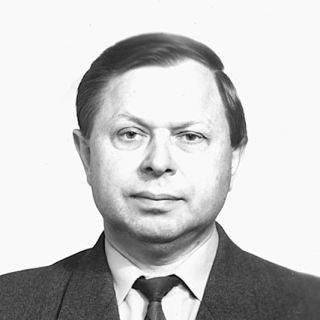