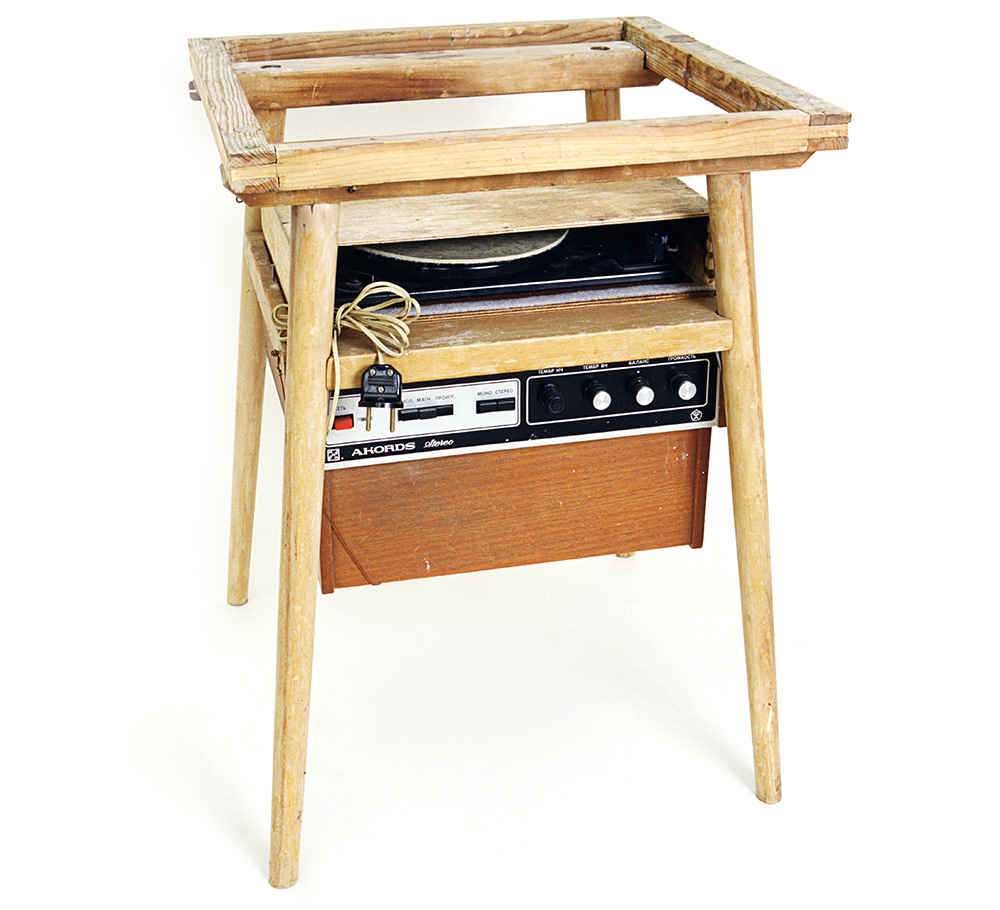 dimensions: 80x56x46 cm
weight: 8 kg
— It was difficult with televisions too. If you get a TV then you need some kind of table for it. There weren't many tables for TVs in the shops at that time either. So I made a kind of primitive TV table/stand, for a friend at first. I made it from a frame of the right size, so that the TV would fit in there correctly, right on top. The legs were carved – we've got a lathe in the workshop. I carved the legs and eventually brought these parts home for the stand. A bit later Vasiliy thought up the record player part. We put the record player inside the base, put another frame in between the legs, and on that frame we made a kind of box that would cover this part here, the record player. So we worked it all out and made this. It wasn't, like, absolutely impossible to get these from the shops. It wasn't even that expensive at that time. We could have bought something. But, I'll say it again, there wasn't all that much actually for sale. And so we got by on our wits. We made our own fridges, a TV stand, a bit later I converted a nightstand into an improved TV table. Well that's how it was. We adapted stuff, worked out how to put stuff to use. 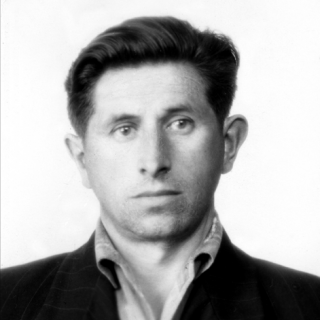