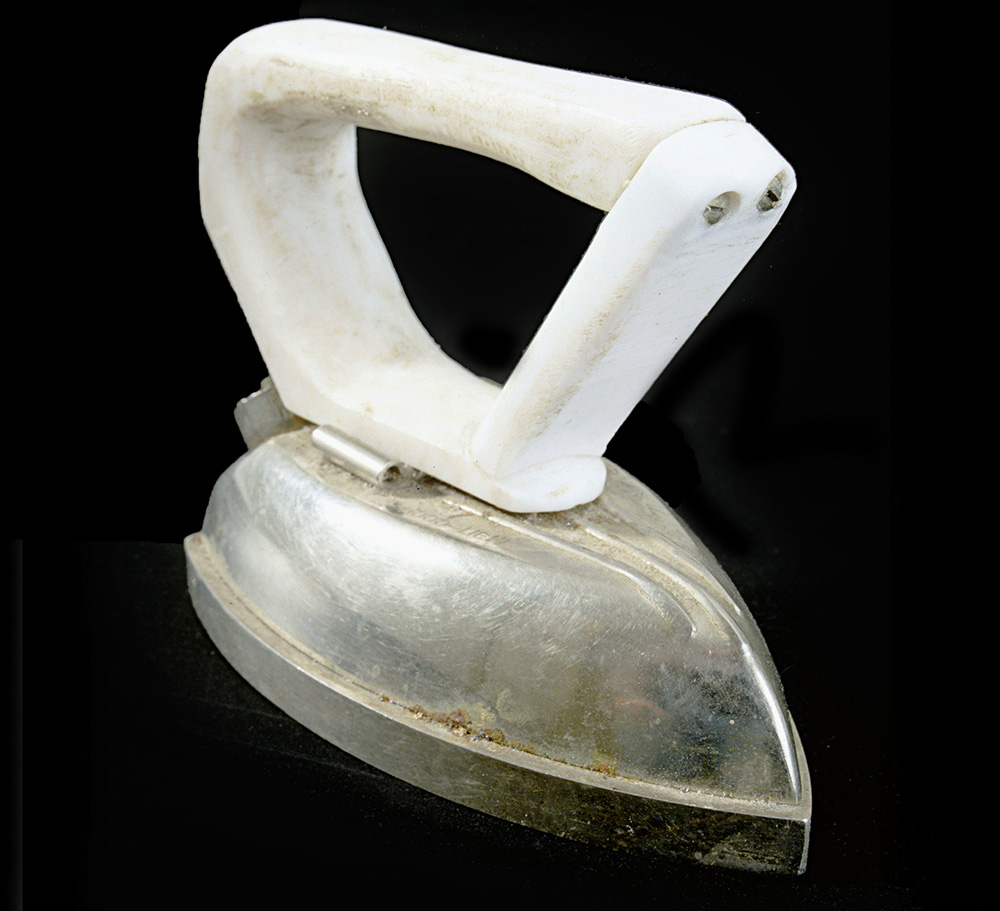 author unknown
found in Kolomna, in 1960

dimensions: 16x20x12 cm
weight: 3 kg
— I remember this iron from my childhood. It belonged to my father, who was a big boss at a military facility. He always used to take this iron with him on business trips because at that time conditions at places he would stay left a lot to be desired. His business trips were, for the most part, to places where not only was it impossible to iron, but even sometimes to wash or even to find something to eat. Because of this my father used to take it with him to always look smart and put together, like a boss should. The original handle was completely different; this one's been attached instead. It's made of material that doesn't heat up, as far as I'm aware. There was lots of that material about in my father's workshop and so it wasn't difficult for him to get a hold of some and make the iron from it. He did it just to make things easier, made it with his own hands, but after a while irons started to be made differently, Tefal irons, with Teflon coatings. And so you could say that the iron has fulfilled its purpose and is no longer necessary. But it would be a shame to throw it away, because it reminds me of my father and of the past, my childhood. So I've decided that this iron should continue on in some way, have its own life. And I give it to you with pleasure. 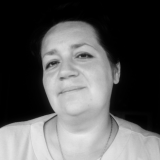