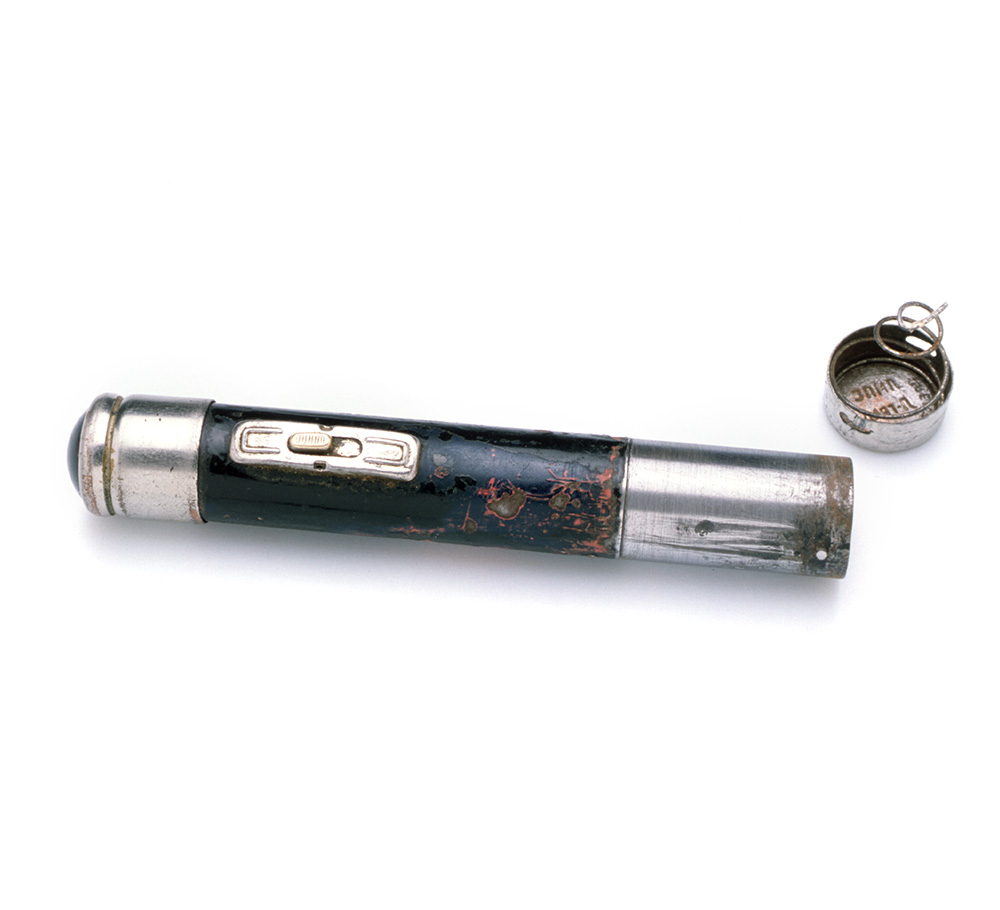 by Grigoriy Krichevskiy
found in Moscow, in 1950

dimensions: 11x3x3 cm
weight: 0.06 kg
— Lengthening a metal object! That's the kind of thing that only my late father could've thought of. This flashlight didn't shine very brightly. So my father attached this, made the whole thing longer, enough to fit a third battery. This thing itself is an old Soviet item, for mass consumption, from the 30s or maybe the 40s (...) But the beam was too weak for my father – so he lengthened it. Lengthening a metal item, that's a hell of a thing that my dad did! As you can see he wasn't a lazy man, he found time to do this type of crazy thing. Back in those days you'd put three Soviet batteries in here — made in Leningrad, by the way. It's quite touching. It's not really that effective, but when you describe what he did it seems to have more impact. Lengthening a metal object, I tell you. 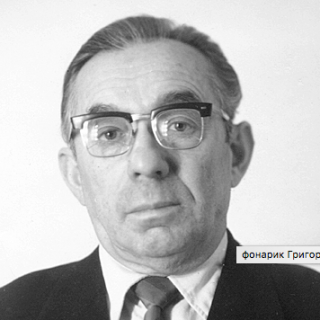