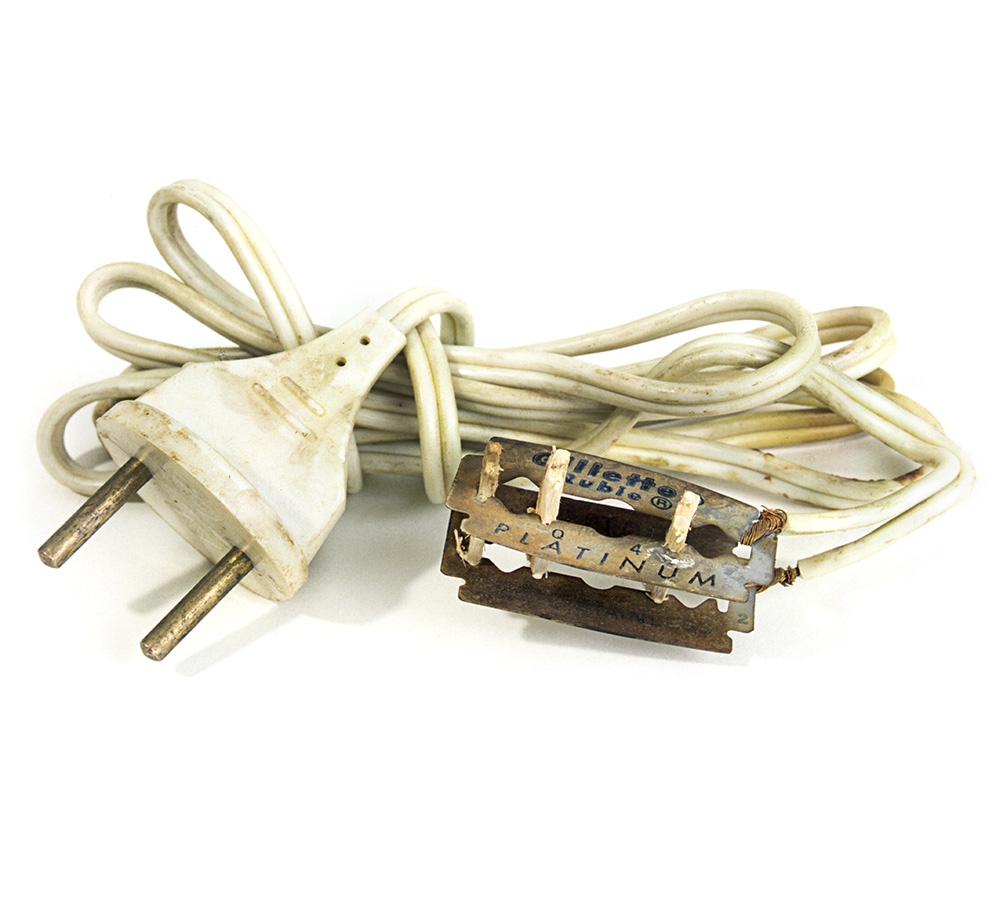 by Oleg Baichurin
found in Saransk, in 1989

dimensions: 6x6x10 cm
weight: 0.05 kg
— We used this thing when we were in university. I lived in the dorms and there were a lot of people there. So we had to try to boil water for tea very quickly. But we had an electric range and water boiled very slowly. So we thought up this homemade water boiler. We found a cable and plug from a kettle or took it from a small broken heater or something, and then took two ordinary razor blades. We joined them together with matches so that there was a gap between the razor blades. We fastened them together with matches and joined them to two ends of the wires. And so when you lower this thing, this water-boiler, into the water, into a 3 liter jar, and plug it in, the water boils very quickly. A three liter jar boils in about 2 or 3 minutes. It's like, the simplest way to boil water (...) How did we come up with it? Well, it's physics. There's a law regarding the properties of conductors. Water is a conductor, and if there's a current between two plates (...) it's a normal method of boiling water. The water boilers that you can buy in shops are based on the same thing (...) Everyone uses these things because they are very quick and convenient. At that time it was difficult to buy such small water-boilers. '87 or '88. So for us that small water boiler was a real luxury. When there were lots of people, all wanting tea, we could do it real quick (...) It was much more powerful. The wires didn't burn, but at first we left just a small gap. But then the water started to bubble really quickly and violently, everything started to buzz and ring, and the wire caught fire. So we decided we should leave a 2 or 3 centimeter gap. 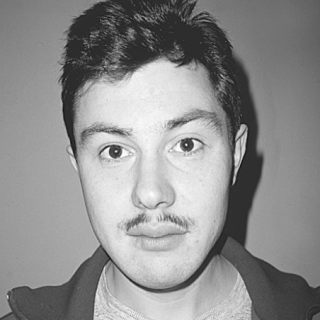