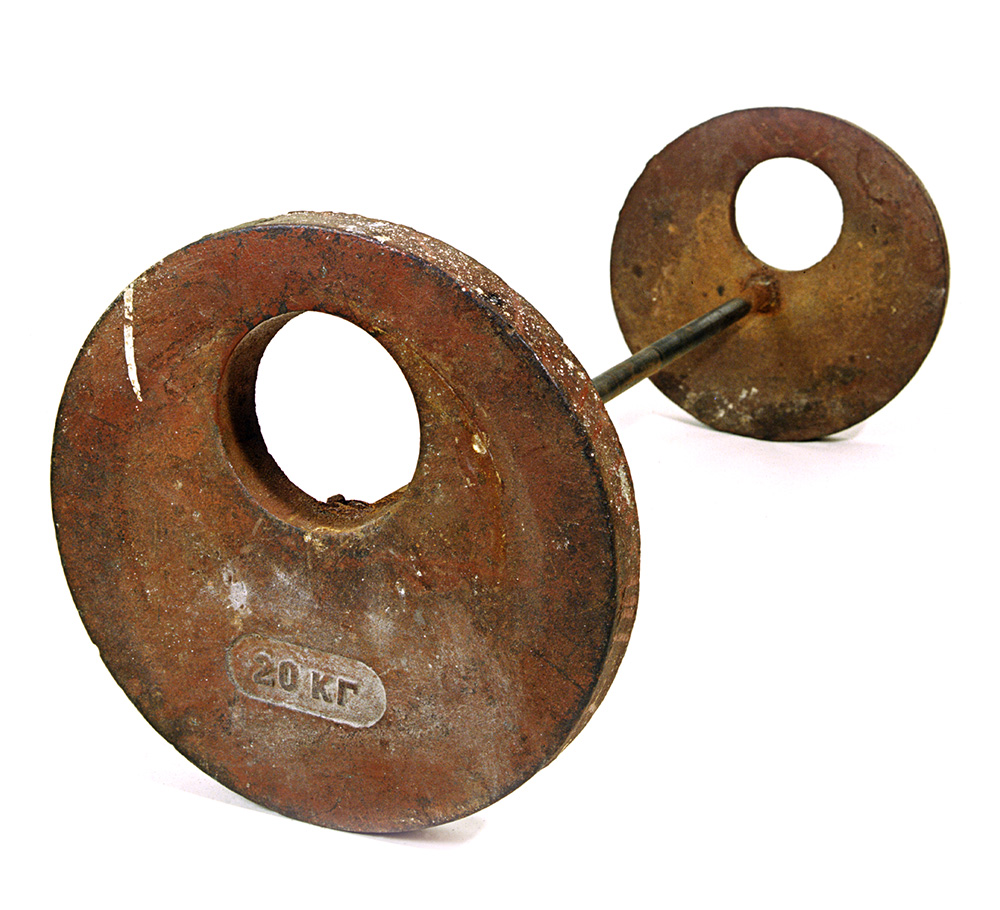 by Nikolai Korolyov
found in Moscow, in 1997

dimensions: 45x160x45 cm
weight: 47 kg
— In 1996 I was living in the student dorms. I was studying and trying to somewhat keep in shape by lifting weights. In our small gym there were two rooms. The first had all the weights and the second had mats, punching balls, and so on. The first room had dumbbells, in addition to other iron stuff, but no barbells. We looked for barbells but of course there wasn't any money to buy them. They are still very expensive. At the time they were making repairs to our buildings and there was a hanging chair around. It was attached to the roof by ropes. And under it counterweights of 20 kgs each – we called them "pancakes". And so we decided to, I guess you could say, borrow these from the workers. We asked them for two. Then we found a metal bar in the waste pile for our weights. Then we asked a welder, one of the workers, to weld this bar onto the weights. He did it and we gave him a bottle of something. And I guess that was how the barbell came about. 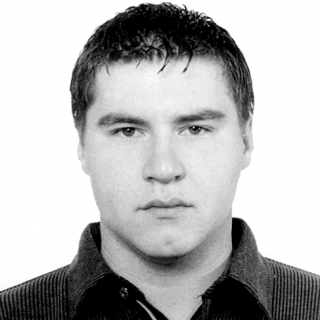