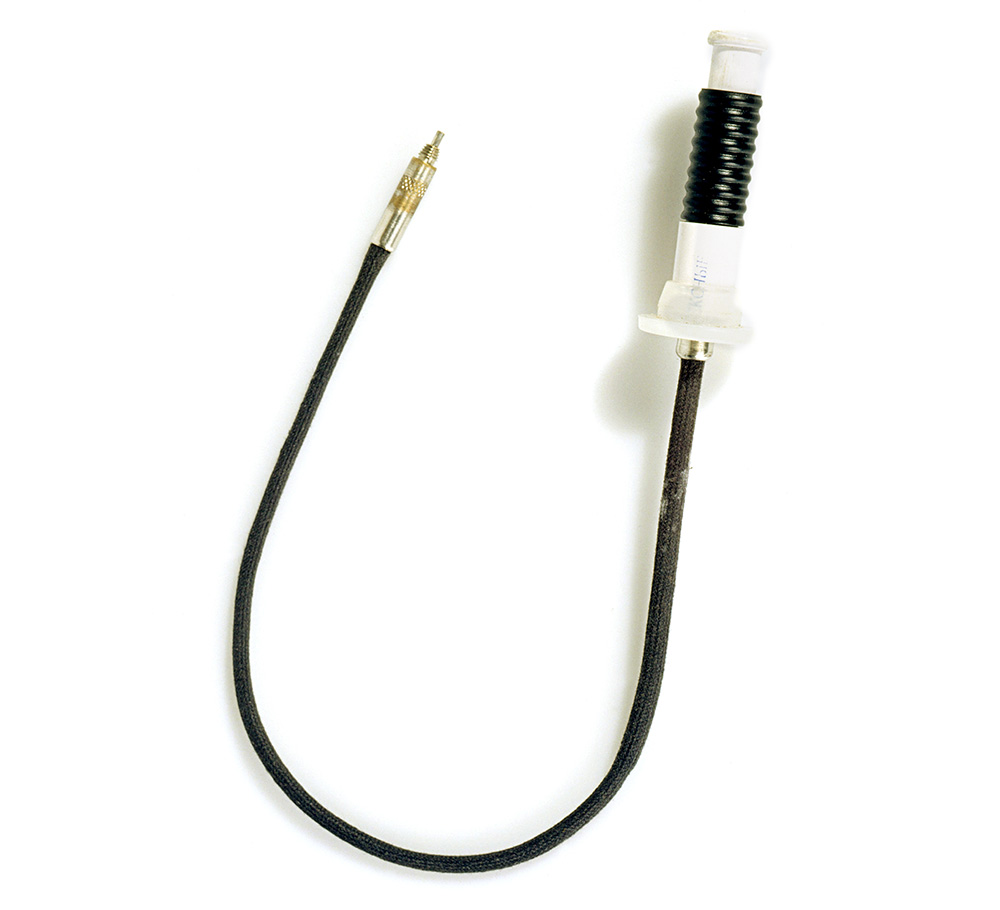 by Mikhail Akhmatov
found in Moscow, in 1999

dimensions: 13x2x1 cm
weight: 0.01 kg
— This is a regular cable release, which I bought for I don't know how much. How much did it cost? Probably about six thousand in old money. The camera shutters have many different functions: short exposures to average, different shutters and different exposures, time exposure and permanent exposure. They are hand operated exposures, that is, you open them by hand with the cable release. In one setting when you push the release the shutter opens, and when you let go the shutter closes. In another setting you push the release to open the shutter, and when you let it go the shutter will remain open for the necessary time, and another push and release closes it. For this you need one with a locking mechanism. In the shop, as always, these cost a lot. And so I decided to make one from materials that were cheap and on hand. I used a regular cable release and took an ordinary ball-point pen, cut the top off of it that has this clicking mechanism here that locks it at the top of the pen, and attached that to the trigger part of the cable (...) And now we have a cable release that locks. So, here's the cable release, it's up, then I push it, the release is locked, and then I push it again and it releases. It works wonderfully. That's all. 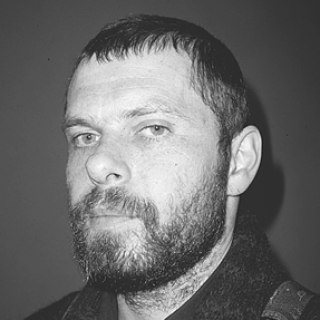