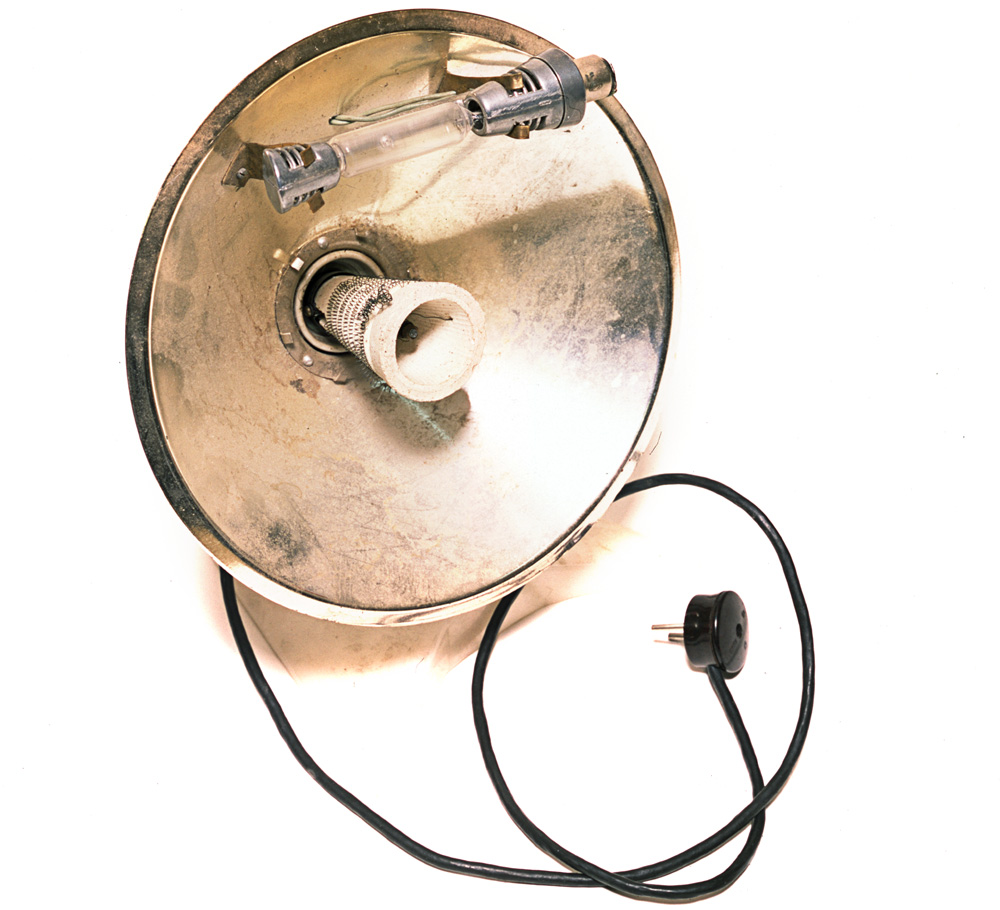 by Aleksandr
found in Moscow, in 1988

dimensions: 21x16x19 cm
weight: 1 kg
— It was a long time ago, probably about 10 years ago. Sometime between '85 and '88. Somehow I got hold of… I found a lamp. A quartz lamp. And since I would often get the flu, I decided to somehow use it to sanitize the flat. So I started trying to figure out what I would have to do to make this lamp work. Its working voltage was lower than the voltage of the 220-volt electric current — 100 volts. So I had the idea to use an old reflector, where the reflector's coil acts as extra resistance to the lamp, and at the same a reflector like the ones in heating devices, to reflect the emanation of the lamp. (...) So I got everything together and put it in its place. There's a reason it was above the heating element: the flow of air acts like an extra cooler (...) It turned out to be a very interesting construction, quite efficient. Then the coil was connected to the lamp. If the coil blows, the lamp turns itself off. Like series resistance. And because of the resistance I reduced the voltage. I'd never seen a lamp like this, I just knew that they existed. They're used in the medical field to sterilize operating rooms, for surgeries, where there are lots of festering infections (...) They also sometimes use these lamps in ambulances (...) These lamps ionize the air around them, and also kill off germs with radiation. The gas itself shines when the lamp has heated up enough -- the mercury in there, little balls of it, rolling around. There aren't any lamps like this in the shops. They've got some now, but different ones. When I made this one, though, there was nothing at all in the shops. 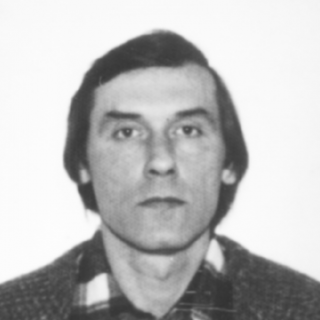