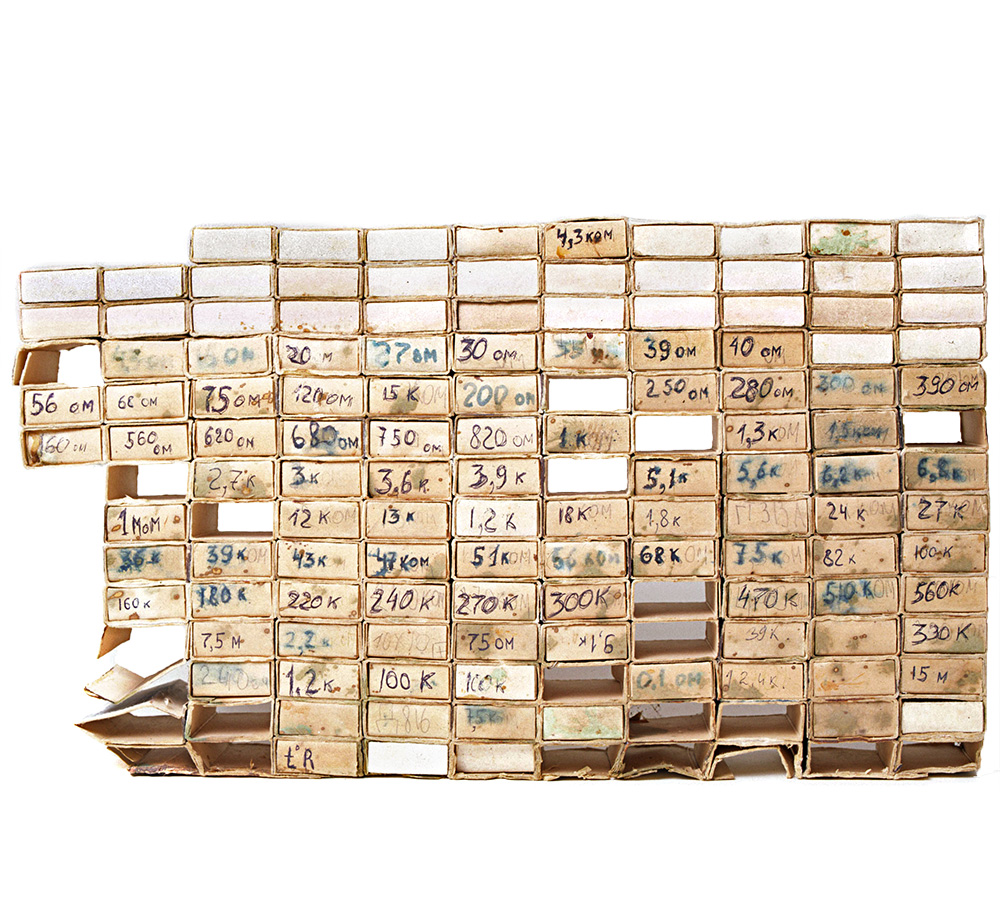 by Vadim
found in Nizhny Novgorod,in 1979

dimensions: 34x55x5 cm
weight: 0.6 kg
— Аt 48 I had my first heart attack. Three years later I had my second, and then several years later my third. Three heart attacks already, and it would seem all three were from work. I worked as the head of a laboratory where I had to deal with stressful situations every day. I was officially recognized as disabled 8 years ago. I'm 59 now. And you know yourself what kind of pension we get from the government. Apart from this small pension we can't expect any financial assistance from anyone. So you have to earn your own money to live on. I'm an old radio enthusiast. I've got a load of old stuff here left over from those days. I think most of it is headed for the dump, since none of my relatives are interested in this stuff. What's left is all in parts. People are always asking me about this stuff (...) Oh, my dear sorter! I've had this sorter all my life. The small parts go straight in here, other components in here. Everything gets placed in its own section. The transistors, the resistors, capacitors, diodes – that kind of small stuff. First of all, if something breaks, it doesn't take long to replace it. You stick in a new matchbox. It costs nothing and this holder is pretty spacious. When it wears out you make a new one. You get some ordinary office glue and glue it on. Most importantly it's cheap. You can't buy a new one or just make it from any kind of (...) It would be expensive or time consuming. This thing is so wonderful. 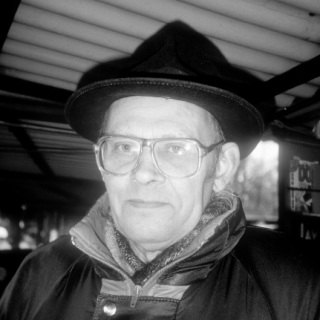