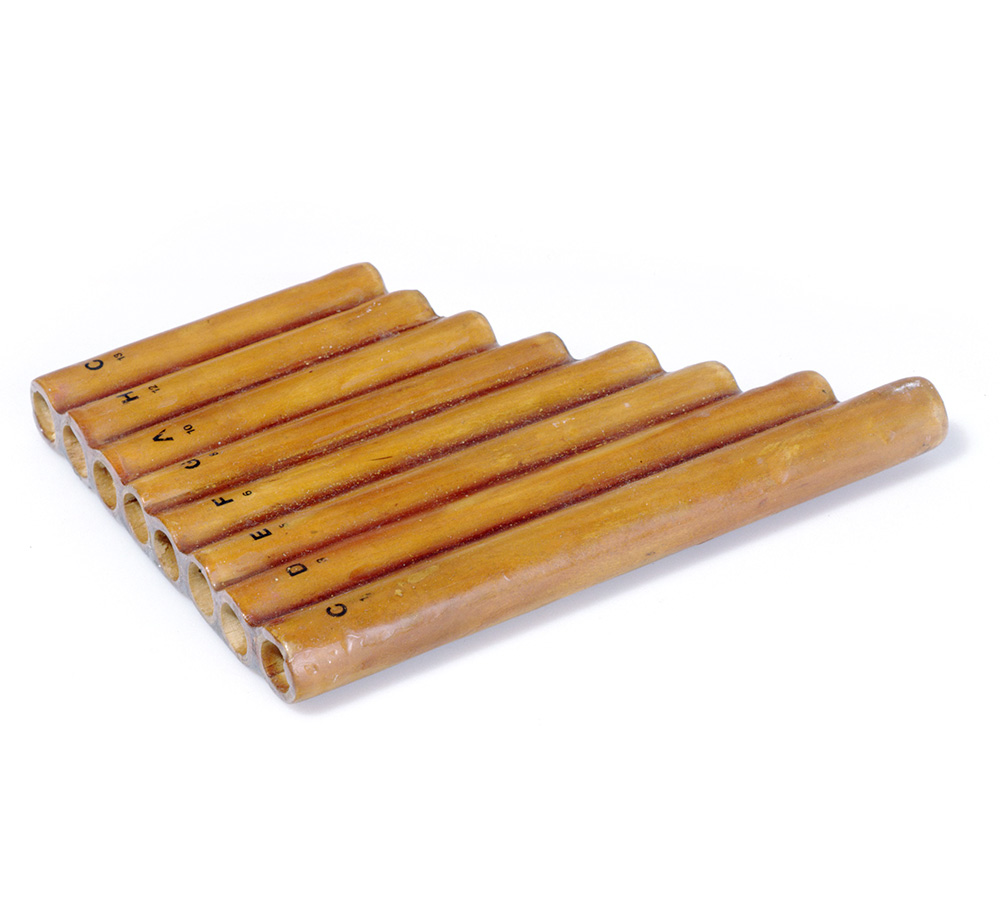 by Igor Kachan
found in Saint-Petersburg, in 1993

dimensions: 19x16x3 cm
weight: 0.25 kg
— It was 1993. I was working as a security guard and I had loads of free time. Well, I used to take some sandpaper to work and I could get loads of stuff done there. Since I was a musician at the time – I played the guitar — I wanted some other sounds to go with my guitar. I really like the sound of pan flutes, but there weren't any for sale at that time. There weren't any harmonicas for sale either. They were kinda banned, considered anti-Soviet instruments (...) No one made pan flutes either. And then I saw that they were selling kugikly – a Kursk folk instrument. It was just five pipes but you could get a melody out of them. And I thought: if I poured in epoxy resin it could be a pan flute. What's more, if you want to go into how I did it, I bought two packs of those pipes and cut them down in size in order to get a halftone at a certain intervals (...) The higher the frequency of the pipes, the harder they are to tune. But the tuning was very simple -- you just drip wax in there. I cut it to size only very roughly. So you light a candle and drip in a drop of wax, and the wax reduces the volume and makes the sound higher. Then you keep adding drops of wax until you get the right note. Once I could even play a melody on it... but I forget how to now. 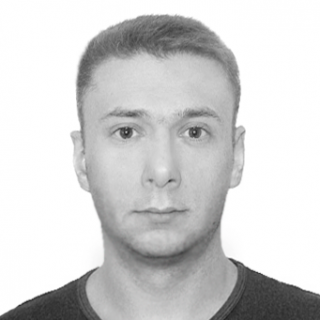