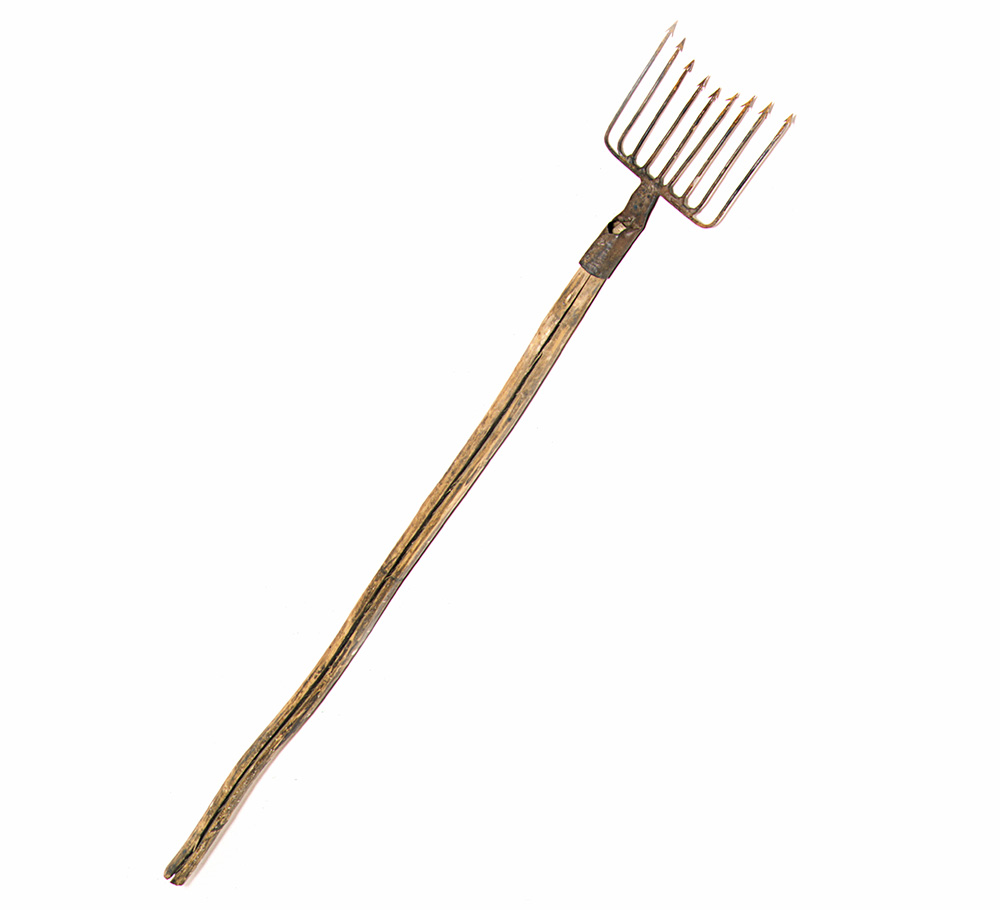 by Gennadii
found in Tolyatti, in 1993

dimensions: 200x10x33 cm
weight: 7 kg
— They say that the Volga used to swarm with fish, and that with the help of tools like this they used to catch them. This is a spear. But I have the feeling that now you could only catch crocodiles in Africa with it. There used to be more fish. Mostly they used to catch sturgeon. But now it's probably impossible to use, since the Volga is sick and there are so few valuable kinds of fish in it. This was made, I reckon, about thirty years ago. It was considered a poacher's tool — you could get heavily fined for using such a thing to catch fish. Officially they didn't exist, but fishermen had them and used to use them whenever they could (...) Fifteen years ago sterlet soup was a normal thing. My husband even brought sterlet he had caught home to his family. You could make the whole family happy with tasty treats like that (...) Now, unfortunately, the best you can hope for is a pike perch. Or some other kind of fish that's basically good for nothing, too bony. Also, fishing has become a lot harder now, even though legal fishing is allowed. The fishing inspectors now let you catch a certain number of kilos. 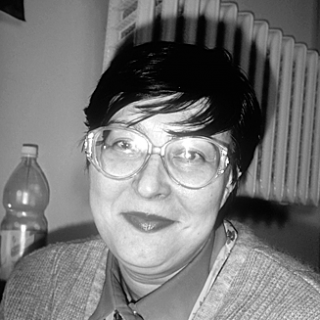