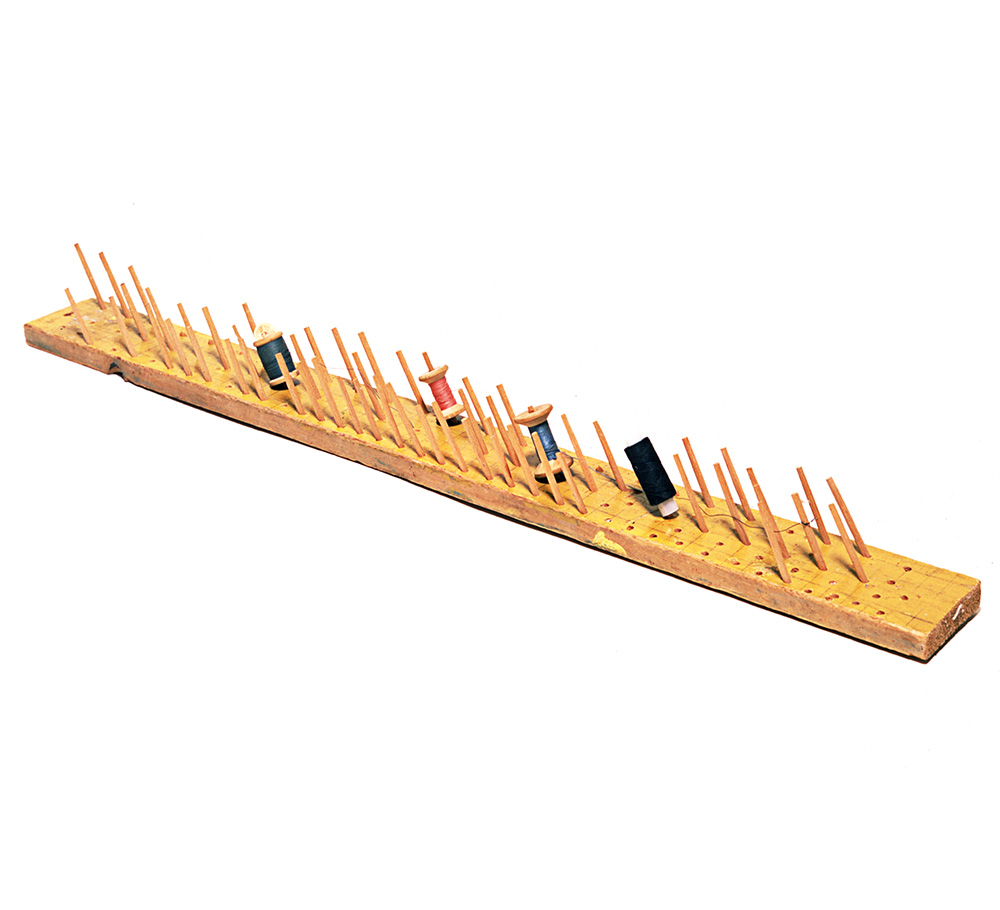 by Gennadii Nikitin
found in Ulyanovsk, in 1988

dimensions: 89x8x8 cm
weight: 0.7 kg
— Once my wife decided to sew something, on a machine. We bought lots of different colored threads. She kept them all in a box and they got all tangled up. So we had to try to untangle them, separate them, cut them even. There was a lot of waste, knots of thread. So to avoid this in the future, I took a board, drilled a row of openings, and put in bits of beech, oak, so that they stuck out. Where the spools are the distance is a little shorter, and there where the bobbins are a little farther. Until recently they were all still sitting there, I mean hanging, on these boards. Any color you wanted, it was right in front of your eyes and very convenient to grab. Compact too. Nothing falls off, nothing gets tangled. Everything was right in front of your eyes. (...) This was in the seventies. She can't be bothered with it now. She's not into sewing anymore, doesn't need the thread. Now she's free. It was behind the cupboard until recently (...) For sewing, embroidering. To keep the stuff handy. 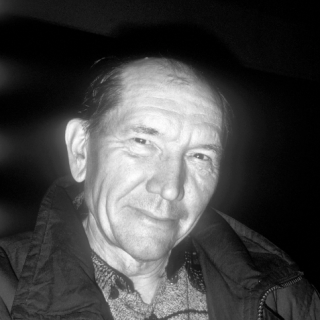