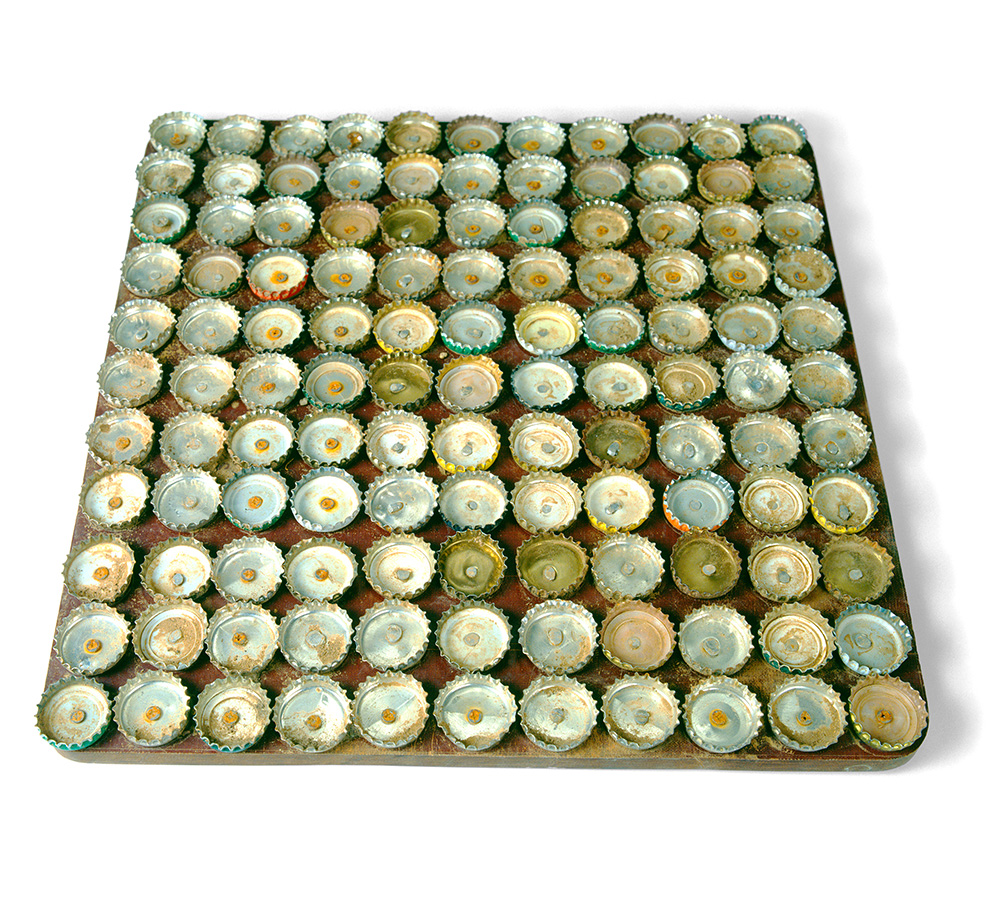 by Aleksey Solomkin
found in Vladimir, in 1995

dimensions: 3x36x36 cm
weight: 0.8 kg
— I've got a neighbor. His name's Nikolay. He's very kind and jolly and we like to drink beer together. Somehow we started drinking beer in a very interesting way. We pop open our bottles, each of us sitting on his own porch, and flick the bottle caps onto each other's land. After a while quite a lot of those bottle caps had piled up in our front yards. The grass in front of our houses had become really littered with them all. From time to time this caused some problems between me and my wife. Naturally she didn't like all that mess. And so, after one of these rows, I just started to pick up the caps, very mechanically. I filled up a couple of my pockets with them. And as I was picking them up, walking around our house, I started to think of how I could put them to some use. It would've been a shame just to chuck them all away… But I couldn't think of anything at the time so I just put the whole pile in the shed. Then later, suddenly, an idea came to me. I'd seen a neighbor's porch that had these same kind of bottle caps, flattened out, all over. They served two functions: they stopped you from slipping in winter, and during the muddy season they got rid of the mud on your boots so that you didn't track a load of dirt into the house. The problem was, though, that I had a stone porch, so there was no way I was going to be able to hammer bottle caps into it. I thought and thought but came up with nothing (...) Then my brother came to stay with us for a while. Once when we were in the shed he asked me, "Why have you got all these bottle caps piled up here?" So I told him he whole story, and, well, he worked at a factory, and he said that he'd help me do something with them. So a week later he brought me plastic sheet of textolite with holes in it. And I used the materials I had on hand — some wood screws, some homemade rivets – to attach the bottle caps. Well, that's basically how this stuff gets made. 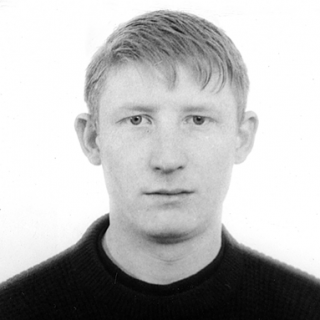